The purpose of the search case study is to investigate the correspondence between user and system level SLAs with system metrics in order to run the supporting cloud service as eﬃciently as possible while fulﬁlling the SLAs, in particular through simulation of scenarios with tools and techniques developed in Envisage (e.g. based on ABS Language and Tools). 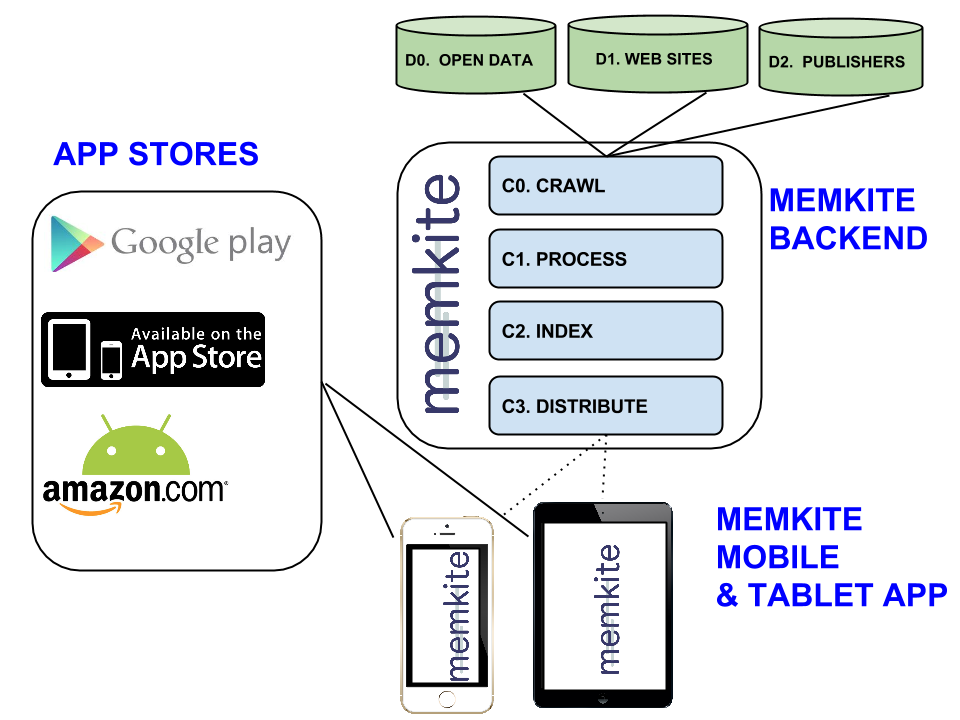 There are 3 main themes for this cloud service as shown in figure above:

BBC recently released a 30th year anniversary game for Hitchhiker’s Guide to the Galaxy. While being an interesting fictional book in itself, it also presents many interesting technological innovations. One of them being the Hitchhiker’s Guide to the Galaxy – “the Guide” – described as: “the standard repository for all knowledge and wisdom” (personal belief: can be created)

Web Search engines – such as the 4 major ones: Baidu, Bing, Google and Yandex – represent a lot of the functionality one would want in an implementation of the Hitchhiker’s Guide, i.e. “the standard repository for all knowledge and wisdom”.

But the problem with the web search engines are that they don’t work well in outer space:

2. Ok, so the Guide will resemble Web Search, but how to get that working in space?

What if you could put a web search like index and content on a device? Storage technologies can enable that:

Fortunately computational storage is growing tremendously fast both in capacity and speed, e.g. last year Kingston released a (tiny) 1 TeraByte SSD Disk packaged in a USB Stick. This USB stick has more storage capacity than Google and Altavista had combined on their search clusters back in the late 90s, and the latency of SSD storage is roughly about 1/100th compared to individual disks back then.

Good point, but let’s instead focus on your information needs that you need from “the Guide” while space traveling (lets for the sake of simplicity assume that you are a software engineer, but most the sources below are of general interest), e.g.

How would this work for you?

4. Yes, this will probably solve almost all my information needs, but this is infeasible to provide in space?!

Understand your skepticism, but allow me to explain – with estimates for some of the above data sources – how this can be feasible to provide in space, even on single mobile device.  You’ve probably used devices with FAT filesystems before, but they’re pretty thin compared to what I am going to show you.

Figure: Visualization of storing what presented in the table above. setting: (simulated) RRAM chips placed on an iPad Air

Conclusion
Have shown that building hitch-hikers guide data and storage-wise is highly likely to be feasible. Will in the next posting talk more about algorithms, latency and other types of enabling hardware (e.g. CPUs, GPUs and Batteries) needed to enable searching this efficiently.

This is what we’re working on, feel free to reach out (e.g. investors, mobile hardware vendors, content providers in particular). We still have lots of work to do. So far, our app looks something like this. It’s got instant search, which works really smooth, even when fueled by 80GB of data.